A Place of snow valley

Sikkim  is a state in northeastern India. It borders Tibet in the north and northeast, Bhutan in the east, Nepal in the west, and West Bengal in the south. Sikkim is also located close to India's Siliguri Corridor near Bangladesh. Sikkim is the least populous and second smallest among the Indian states. A part of the Eastern Himalaya, Sikkim is notable for its biodiversity, including alpine and subtropical climates, as well as being a host to Kangchenjunga, the highest peak in India and third highest on Earth. Sikkim's capital and largest city is Gangtok. Almost 35% of the state is covered by the Khangchendzonga National Park.

The Kingdom of Sikkim was founded by the Namgyal dynasty in the 17th century. It was ruled by a Buddhist priest-king known as the Chogyal. It became a princely state of British India in 1890. After 1947, Sikkim continued its protectorate status with the Republic of India. 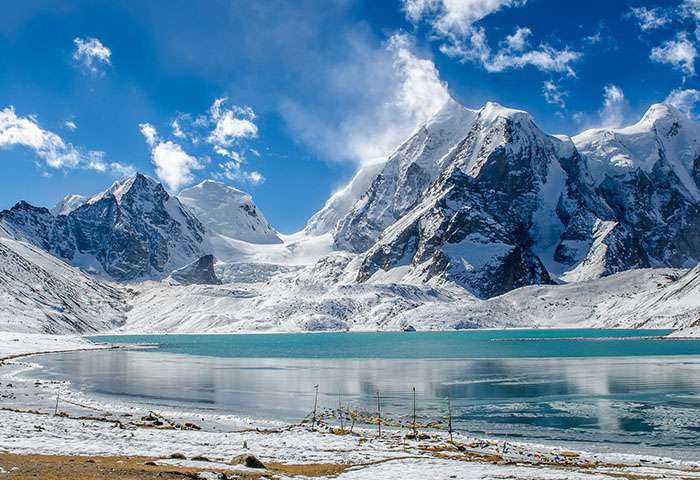 If you are confused with how to reach Sikkim, then by road is the most convenient option. There are frequent public and private bus services connecting Sikkim with other neighboring towns and cities. You can also get easy access to taxis and jeeps for inter and intra state travelling. National Highway 31A is the most functional national highway in Sikkim. Major neighboring towns from Sikkim are Darjeeling, Kalimpong, New Jalpaiguri, Bagdogra, etc. Hire a private taxi to make the most of your holiday with comfortable travel in Sikkim and even North East India.

Travel to Sikkim by train is possible by getting to major railway heads near Gangtok- New Jalpaiguri (188 km) and Siliguri (145 km). These railway stations are well connected with major cities and towns of India. Frequent trains connect the railway stations. You can further board a bus or hire a taxi to reach Sikkim.

The Gangtok Airport, known as Pakyong Airport makes it possible for travelling to Sikkim by flight. From the air terminal reach the cities by road. Bagdogra Airport is well-connected to major cities in India, providing easy connectivity in North East India, at a distance of 124 km. Airline companies like Indian Airlines, Spice Jet, and Go Air etc. are functional here with frequent services. You can further reach Gangtok by availing helicopter service, which is subjected to weather conditions. You can hire a taxi, Approximately 4 hours’ drive drive from Bagdogra. 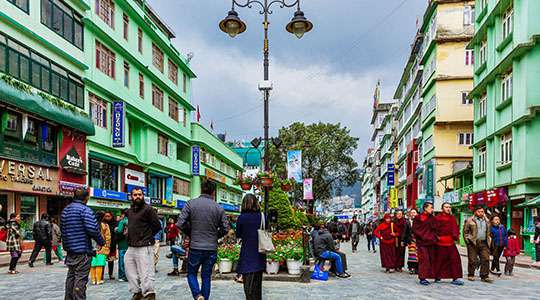 Gangtok the capital of Sikkim, is a unique hill resort of northeast India and undoubtedly one of the oft-visited ones. Perched on the ridge of a hill at an altitude of 1700 mt, the town is famous for its scenic beauty and spectacular views of the Kanchenjunga, their highest mountain in the world. 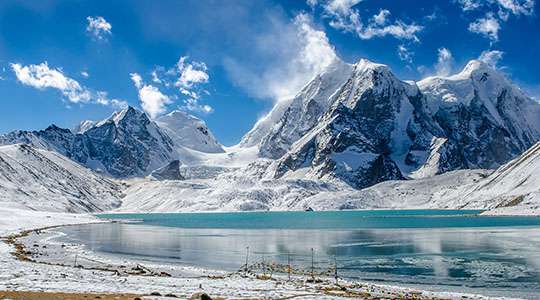 Tsomgo Lake, also known as Tsongmo Lake or Changu Lake, is a glacial lake in the East Sikkim district of the Indian state of Sikkim, some 40 kilometres (25 mi) from the capital Gangtok. Located at an elevation of 3,753 m (12,313 ft), the lake remains frozen during the winter season. 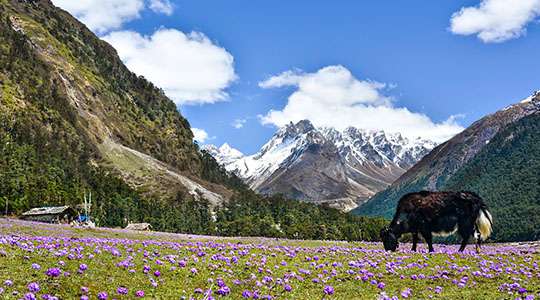 The Yumthang Valley, is a nature sanctuary with river, hot springs, yaks and grazing pasture on rolling meadows surrounded by the Himalayan mountains in the North Sikkim district of Sikkim state in India. 150 kilometres (93 mi) from the state capital Gangtok. 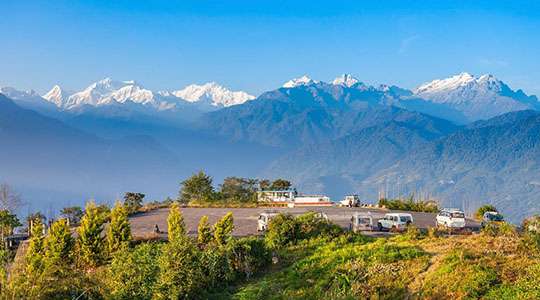 Pelling, a beautiful town in the West district of Sikkim, has become the second biggest tourist destination in Sikkim after Gangtok. Located 10 km from Geyzing and 130 km from Gangtok, the main attraction of the place is the breathtaking sight of the Khangchendzonga and the neighbouring peaks. 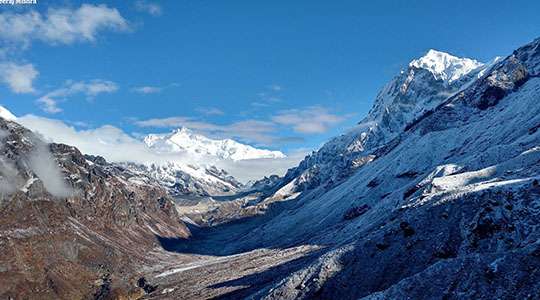 Lachung is a town and hill station in northeast Sikkim, India. It is located in the North Sikkim district near the border with Tibet.[1] Lachung is at an elevation of about 9,600 feet (2,900 m) and at the confluence of the lachen and Lachung Rivers, both tributaries of the River Teesta. 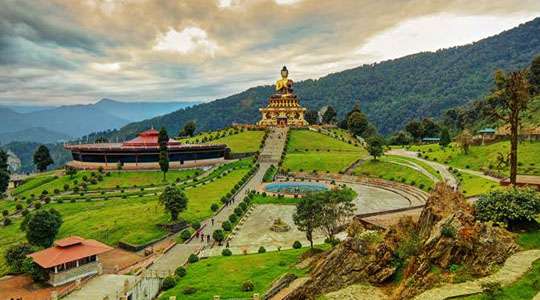 Situated in the Southern part of Sikkim, Ravangla or Ravongla is a place which is growing in popularity as a tourist destination every day. Situated at a height of 7000 feet and at a distance of 25 kilometers from Namchi, the South Sikkim capital, Ravangla is a small town that greets and fascinates tourists.